The word is out – Jeb Bush has lost 30 pounds since December by adopting the controversial “Paleo Diet.” Sporting a fresh new, trimmer wardrobe since his old oversized suits no longer fit, he’s looking more presidential than ever.

So what’s his secret?

According to the Times, his dinner might look something like this. At the Hilton Garden Inn in NH, Bush recently ordered the Steak Tips Susanne, which includes sirloin steak tips, caramelized onions and sautéed peppers over pasta with garlic bread on the side.

Jeb Bush ignored the pasta and tossed the bread to his aide.

And his breakfast? “Faced with a heaping pile of scrambled eggs, hash browns and pancakes at a recent breakfast in Colorado, Bush snatched up the single slice of bacon on the plate and skipped the rest,” Reuters reported.

Even though Jeb Bush, now 62, has lost 30 pounds since December on his “Paleo Diet,” there’s a problem.

“I am always hungry,” he admitted to the Times.

Uh-oh… We’ve been here before. Unlike some of the younger and trimmer politicians in line for a shot at President in 2016, Jeb Bush has endured a long struggle with his weight.

He joined the low-carb Atkins fad in the early 2000s and climbed 22 flights of stairs a day in his battle of the bulge. He went all-veggie for a while.

Now he’s onto Paleo, the latest fat loss craze, but I predict that it won’t work for long. Constant hunger shouldn’t be part of the plan.

Bush is already bored with his daily lunch – salad with grilled chicken. And his go-to snack, almonds, isn’t doing much to curb his constant hunger.

So What is Jeb Bush Doing Wrong?

Jeb Bush is making a critical error in ignoring the dimension of food quality. Going “Paleo” doesn’t mean that you can just go to a pancake breakfast and eat nothing but bacon. In fact, I’m pretty sure cavemen didn’t eat bacon at all.

Dietary success has more to do with eating the good stuff than avoiding the bad. If we want to reclaim our health and svelte physiques, we need to stop defining a by what’s not in it. Just because something is gluten-free, sugar-free, or dairy-free doesn’t make it good for you.

In fact, most products with the marketing claims I just mentioned are processed food. Avoiding starch, dairy and sugar doesn’t make your diet “Paleo.” People who are doing Paleo right always ask themselves this question: Would a hunter-gatherer recognize this as food?

If it’s a plate of fresh veggies, fruits, nuts, and pasture-raised meat, then it’s pretty dang Paleo. A plate of bacon from iHop? Not so much.

The first time I saw the Atkins diet in action was when my Driver’s Ed instructor demanded I drive him to McDonald’s so he could order lunch – 3 hamburgers with no bun. Can you really lose weight eating like that?

Oddly enough, you can drop a few pounds by avoiding carbs in favor of protein and fat (newbies do this a lot when they first try the Paleo diet). But binging on processed meat and ignoring the subject of food quality misses the point entirely.

The trendy Paleo plan describes a diet without grains, sugar, dairy, alcohol or processed food. In reality, there is no such thing as one “Paleo Diet” – hunter-gatherer diets varied considerably by geography and season. But our ancestors did have one thing in common – they never touched processed food.

By virtue of living in the unspoiled wilderness of the past, high-quality, nutrient-dense, wild food was the only thing on the menu.

Although he’s lost weight by depriving himself, today’s leaner Bush has been described as “hungry and cranky.” If you don’t enjoy the way you eat, you’ll never get lasting results.

Sure, if you grit your teeth, chain yourself to a treadmill, and starve yourself for a few months, you could lose 30 pounds too. But as soon as you stop depriving yourself, the weight will come right back.

The hardest part isn’t losing weight, but keeping weight off (nearly 95% of people who lose weight gain it back after just a year). If you hate your diet, you won’t stick with it when the going gets hard. Unless Jeb Bush starts having more fun with his diet, he’ll regain the weight.

Can You Really Lose Weight By Eating Well?

Absolutely. When we transformed into full-blown health nuts, my wife and I took on the challenge of making real food taste great. These days, we treat ourselves to luxurious foods like farm-fresh frittatas, chicken parmesan and homemade cheesecake.

Once you fall in love with fresh, real food, there’s no turning back. We do our best to make every meal as delicious as possible, and I encourage you to do the same.

Those who keep the weight off think of their way of eating not as a diet, but as a lifestyle. In my new book, The Wild Diet, I offer a counterpoint to the messages of hunger and restriction by detailing my journey losing 20 pounds in 40 days by eating better than I ever imagined – meals like chicken parmesan, sirloin steak, and fish tacos.

You really can be healthy and happy at the same time. (Jeb Bush, if you’re listening, shoot me your address and I’ll send you a copy… You look like you need a cookie.)

If you’re interested in losing weight by enjoying the best food you’ve ever tasted, check out my new book The Wild Diet here or listen to my free podcast, Fat-Burning Man here. 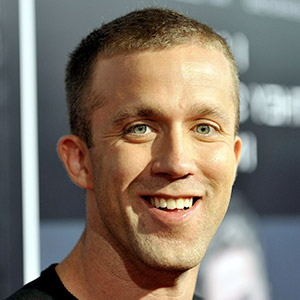 Tucker Max: Increasing Your Charisma, Finding The Perfect Mate, and How Learning to Cook Will Transform Your Life

Tucker is the New York Times bestselling author of the somewhat controversial and always entertaining book, I Hope They Serve Beer in Hell—which sold over 2 million copies and made the New York Times Top 100 Most Influential Books list in 2009.