Stress. In a world that is in perpetual motion, you hear this buzzword all the time. Stress is the silent killer. Stress causes heart attacks. Stress makes you fat. You’ve heard it all. You know that too much stress isn’t healthy, but you just can’t seem to escape its frantic grip.

You start to sweat, your pupils dilate, and your heart beats fast in your chest. You are experiencing an acute moment of stress. Your endocrine system secretes adrenaline and cortisol and (like Wonder Twins) your pituitary and hypothalamus glands activate.

If you’re in the middle of a heated conversation, this is the tipping point from talk to fight. If you’re nearing the end of a tight race, this is your body giving you one last boost of energy so you can overtake the guy in front of you.

Both instances have triggered a stress response, even though one seems positive and the other—not so much. Which begs the question: Is stress a good thing, or not? A loaded question indeed. The answer is a perfectly ambiguous, “Yes, and no.”

A little bit of stress is necessary. That blast of hormones can be helpful when you are, say, protecting yourself from physical harm, pushing yourself across the finish line, or even when you’re cramming for a test or deadline. The adrenaline and cortisone secreted by your endocrine system work to boost energy, sharpen your senses, prep your immune system, and protect your organs and muscles from potential strain.

The stress response keeps you safe… unless it’s abused. In our hustling, bustling, running, cramming lifestyle, we are often in a chronic state of stress. When the stress response is constantly flipped on, you feel it all over the place. Your immune system falters, your blood pressure rises, you’re more susceptible to chronic illness like type 2 diabetes, and oftentimes you’ll experience symptoms of depression. Not good, and definitely not going to alleviate any stress.

Can you see how chronic stress turns into a vicious cycle? Of course you can, but you don’t know what else to do about it. Maybe you already exercise, practice yoga, or meditate. You get enough sleep on most nights. You try to eat right– but you’re still feeling stressed out. There’s something that can help.

Regulate your stress from the inside, out. Adaptogens are safe, natural herbs, plants or practices that help return your body function to normal. So, instead of living in a perpetual state of biochemical stress (with those hormones secreting constantly), you can use this natural method to achieve a sense of balance from within using your body’s own chemistry.

Good enough for astronauts, good enough for me. While the following adaptogens have been used in traditional Chinese and Ayurvedic medicine for thousands of years, some of them were only “rediscovered” and scientifically tested by the Soviet Space Agency and Sports Performance Ministries during the Cold War.

The success of space missions depended on the astronaut’s physical capabilities and mental clarity, both of which were provided by a formula that blended adaptogens like Holy Basil, Eleuthero, Rhodiola, and Shisandra. Of course, the Sports Performance Ministry wasn’t interested in exploring the great beyond… they were more interested in winning in the Olympic games– reaching for the stars in their own way. Space race, foot race… a win’s a win.

Either way, this adaptogen blend proved to be a winner across the boards, increasing mental clarity, health, and physical stamina in thousands of scientific studies conducted in both the former Soviet Union and in China.

Return your stressed-out mind and body to a natural state of clarity. These four adaptogens, either taken alone or in a blend similar to the one utilized by Russian astronauts and athletes, can help bring you back into biochemical balance and adapt to a stressful environment.

THE FOUR BEST ADAPTOGENS TO EASE STRESS, HEAT UP YOUR LOVE LIFE, AND INCREASE ATHLETIC PERFORMANCE

Holy Basil is similar to its sweeter cousin commonly used in everyday cooking. However, Holy Basil will do much more for you than flavor your pesto. This little green herb has been grown in India for thousands of years and is commonly used to treat everything from colds and bronchitis to fever and ulcers.

Not only is it known for its antioxidant, antifungal, and anti-inflammatory properties, it also reduces the production of the stress hormone coricosterone. That delicious fragrance is actually caused by aromatic compounds, specifically the one called eugenol has been proven to relieve stress and boost mental clarity.

Scientists are now looking beyond some of these practical uses of Holy Basil toward the therapeutic potential in treatment of such chronic diseases as cancer and diabetes.

Rhodiola rosea is like the holy grail of adaptogens. Its multitude of benefits are in the fibrous root that contains a group of compounds called rosavins. When you consume rhodiola root, in its pure form or as an extract, the rosavins target a network of nerves in the brain stem called the reticular activating system (RAS), which is responsible for what you pay attention to.

Plus, it helps balance out your cortisol levels. Focus + calm = balance. (Go ahead and take a deep sigh here. It’s about time.)

Wait, there’s more! Rhodiola is also an elixir of love. Let’s face it, when you’re stressed out your libido is low. Rhodiola has been shown to normalize CRF (Corticotrophin Releasing Factor), which eases mental fatigue and brings back your… eh hem… stamina.

Taking just 200 – 600mg of Rhodeola extract (3% rosavins and .8% salidroside) or 2-3 grams of the root per day will calm you down, keep you focused, sharpen your memory, heat up your love life, and help restore a sense of emotional stability.

Eleuthero sounds like the name of a mythical super villain… but I assure you, Eleuthero is a good guy. You may have once seen Eleuthero sold in the U.S. as “Siberian Ginseng.” The problem is, it’s not ginseng… and new legislation now prevents the name from being used on the labels. You’ll be able to find it labeled as Eleutherococcus Senticocus, Eleuthero, or Wucha (which is its common name).

The plant grows all over northeast Asia and in parts of Russia, Japan, China, and Korea. For thousands of years, this fibrous root has been revered as the most prized medicinal plant in Chinese medicine. But beyond its curative properties, this adaptogen can be used as part of your regular maintenance routine to keep your body and mind in optimum condition.

Increased athletic performance is one happy result of adding Wucha to your regular wellness plan. The reasons for this are twofold—the root’s adaptogenic qualities and its immune-boosting effects. While the exact mechanism of its adaptogenic capabilities are still unknown, the ways in which Wucha works on the immune system are well understood.

Certain polysaccharides in the root promote phagocytosis, wherein the body’s protective cells respond to intruders and damaged cells by wrapping around the threat. This helps the athlete heal damaged cells and tissues quicker and stay healthier while their body undergoes stress.

Eleuthero is good for your mental game. Whether you’re a runner, swimmer, football player or a CrossFit enthusiast, mental clarity and focus will help get you where you need to go. That’s where the adaptogenic effect of Eleuthero kicks in the extra umph you need to succeed.

Add 500 – 1,000 mg of Eleuthero to your daily regime to see incredible effects on your physical and mental athletic performance.

Schisandra is not a superfood. You wouldn’t want to toss these berries on top of your granola or whip them up in a smoothie—although, they do cook with them in China. The problem is they kind of come as a surprise with all their salty, sour, bitterness.

You just don’t see it coming, and then BAM! What was that? Oh, just a little dose of medicine in your soup. But maybe, just maybe, the Chinese cooks know what they’re doing.

Why? Because this little berry provides your body and mind with a host of adaptogenic and immune benefits, including:

Well, it does. The Chinese have known this for 2000 years, but we are just now catching on. You can pick up fresh or dried Schisandra berries at most Chinese supermarkets, or you can opt for the extracts from your health food store. Just a few berries a day keeps the doctor away.

Adaptogens aren’t the answer. Not alone, anyway. You can’t simply eat some berries or basil and continue to pack your schedule to the gills, put off sleep for another day, skip the workout, and scoff at meditative practices. However, adaptogens can play a beneficial role in the process of easing mental and physical stress.

As part of their very definition, adaptogens are safe and non-toxic with no real side effects… so it can’t hurt to try out one or a few of them. Peace of mind, relentless focus, and physical stamina—it can’t get any better than that. 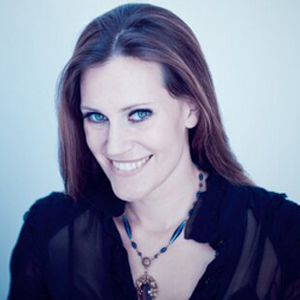 Can You Have a Killer Photoshoot Without Dieting, Water-Shedding, or Tricks? 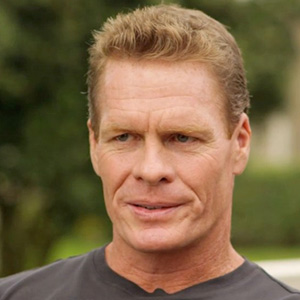 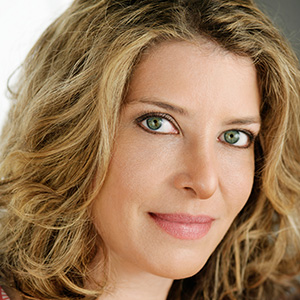 Check out this week's episode with Nina Teicholz to find out the truth about our country’s misguided conception that eating delicious butter, beef, and cheese would make us fat and give us heart attacks. 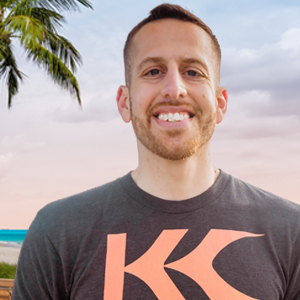 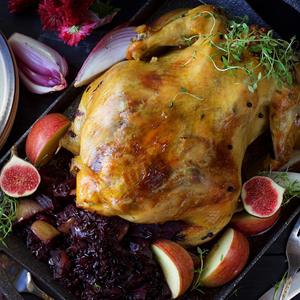 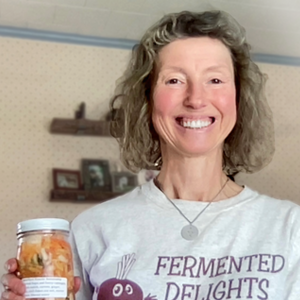 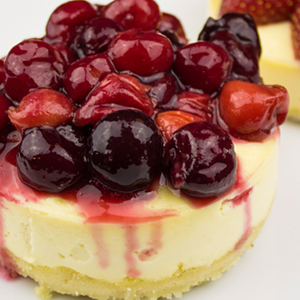 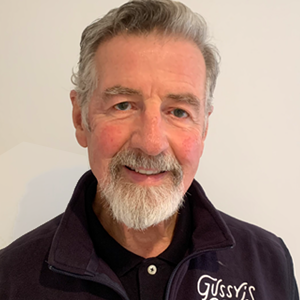 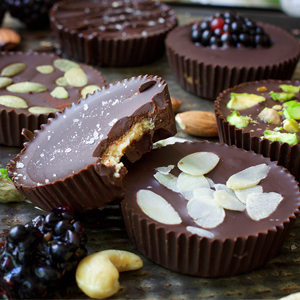