What kind of person do you want to be?

Do you want to be the person who always seems to be in great shape no matter what?

Do you want to shred on guitar and unleash a face-melting solo?

Do you want to be creative and just sketch or doodle, even if it’s just for a few minutes a day?

Or do you want to be the person who wakes up and immediately jumps on their phone for a quick hit of drama-induced dopamine?

By asking ourselves a few key questions in getting to what actually fuels our passion, we can set up systems in our lives to become the people we aspire to be.

It takes discipline and a bit of time, but when you take the reins of your own life, magical things can happen.

So today, I’m thrilled to say that we’re here with our friend, Brock Armstrong, a Cognitive Behavior Therapy Practitioner, writer, podcaster, Marathon and Triathlon Coach, and founder of Brock Armstrong Coaching, where he’s used a functional approach to fitness and movement to personally coach hundreds of people across the finish line.

Brock has worked with many familiar faces in the health and fitness world, including Mark Sisson, Dave Asprey and Ben Greenfield, to name a few.

And fun little fact: Years ago, back around 2015, Brock was actually the audio and video editor for the Fat-Burning Man show (and he even introduced us to our current audio and video engineer, Ian).

Brock is very talented and a super nice dude, I think you’re going to dig this show. We’re chatting about:

Let’s go catch up with Brock.

Where To Find Brock Armstrong

To find Brock, BrockArmstrong.com is the place to go.

You can listen to his podcast Second Wind Fitness with Brock Armstrong wherever you listen to podcasts, including Spotify, Apple, Google, Amazon, and more.

And catch the latest episode of the Change Academy podcast that Brock co-hosts with Monica Reinagel on ChangeAcademyPodcast.com, as well as on Spotify, Apple, and TuneIn. Also on BrockArmstrong.com you can watch videos, read articles, sign-up for Brock’s newsletter, and check out Coaching.

'We have this opportunity to break those molds and actually live a life that may be more adventurous.' -Brock Armstrong Click To Tweet

Here’s a bit more on Coaching that Brock offers…

Brock: This isn’t a program about losing weight, it’s a program about weighing less. Because we want people to become the type of person who weighs less. That’s your new identity.

So yeah, it’s really a lot of habit change, a lot of lifestyle, behavior modification. Cognitive Behavior Therapy plays a big part in it. There is no meal plan, there’s no exercise plan, there are just good systems and structure and habit change in the program.

And we just kicked off our latest group last Friday. So we’ve got a group of about 50 people, I think, that just jumped in with us.

Brock: It’s a year-long program, so we’re going to get to know each other very well. But we’ve been doing this for 4½ years now, and seeing some amazing transformations.

Even people who have said things like, ‘I didn’t lose a lot of weight, but I just am happier. I just feel better about my place in the world, I feel better about how I inhabit this world, and I’ll continue to work on the weight problem, but I don’t hate myself anymore.”

That just chokes me up every time we get messages like that.

Abel: That’s amazing. Well, Brock, you’re the man. Thank you so much for spending the time with us here today.

Brock: Thank you, Abel. I can’t wait to have you on my show. We’re going to have fun in the other direction, I get to put you on the hot seat. And once again, just head on over to BrockArmstrong.com for more.

During this show with Brock Armstrong, he brings up one of my books, Designer Babies Still Get Scabies, which I released back in 2019 as a book and audiobook of poetry and satire.

I highly encourage you to check it out.

Unfortunately, a lot of the dystopian satire, if it wasn’t true already in 2019, became true over the past couple of years, including my poem “I’m Being Censored on YouTube.”

And I’m just going to share it with you here real quick because it’s pertinent. Here’s how it goes:

It’s not like I’m some noob
But there isn’t anything I can do
Pretty soon they’ll censor you, too

The shadowbanning was really harsh a few years ago, and then the censorship came on so strongly on almost all of these platforms at the same time that it’s nearly impossible to have a conversation.

Even a conversation that’s not edgy is getting bleeped and blooped and censored and shadowbanned.

I mean, literally watching YouTube the other day, I saw them take words out of one of my friends’ mouth.

It didn’t bleep it so you didn’t know that there was a bleep; it literally put silence over words that he was saying.

And it was easy enough to guess which words those were, but really difficult to parse out what people are saying and difficult to have deep meaningful conversations, certainly when words are literally taken out of our mouths by these platforms.

I don’t condone that. I don’t think it’s legit at all. I never signed up for that, and it really ticks us off as creators to not be able to do what we do.

So, we’re considering some of these alternatives like Rumble, Odyssey, BitChute, and many others out there. If you folks are listening and you’d like to find us in a place where we don’t exist yet, you’d like to find this show and the music and maybe the other more edgy things that we create, which just aren’t allowed on Facebook, Instagram, and the other places anymore, let us know what they are.

Let us know where you’d like to find us and we’ll do our best to bring our content and creativity there.

But I will warn you, if you’re trying to watch us on YouTube, Facebook, Instagram, or Twitter, you might not find us there anymore. Because many of our videos have already been removed or cut in half, or words have been taken out. So if you do find us there, it’s probably not the whole story.

So if you really would like to find this show in its true form, then please go to the original source here on FatBurningMan.com, where you can find over 400 episodes of this show in audio and video, and much more.

And then of course, there’s AbelJames.com, WildSuperfoods.com, and for our new blue blocking glasses WildRx.com and much more to come.

But once again, if you do want to get in touch, please shoot me an email. You can sign up for our newsletter and then just hit reply to any of the emails that I send you.

And let us know which alternative platforms we should prioritize right now, because it’s hard to see which ones are doing well and have a lot of people there watching and listening and which ones aren’t.

Go ahead and hit us up. Let us know where you’d like to find us, because I’m warning you one last time—YouTube, Instagram, Facebook and Twitter, specifically, those ones you won’t be finding as much of our work as you have for the past 10 years, just because it’s almost impossible to publish.

Hopefully, that changes down the road, but I will say that those platforms have really burned their trust with a lot of creators.

So I encourage you as well, if you’re looking to nourish your mind and adopt a growth mindset and really do something with your consciousness and creativity, then don’t spend too much time on those mainstream platforms, because it’s not the whole story.

So, go find some folks that you like—there are many guests of this show who I’ve interviewed, I encourage you to check out their work as well. Go read their books

There’s nothing better than reading books. That will always work. Build up your libraries.

And if you want to support this show, check out Designer Babies Still Get Scabies. You can find it on Amazon, at least for now. And the audiobook is a heck of a lot of fun as well.

If you want to help keep shows like this coming your way and you live in the U.S., take a gander at WildSuperfoods.com for the supplements we take everyday, including our bestsellers: Collagen Cocoa, Future Greens and Vitamin D Stack which is more important than ever.

And if you want your very own pair of nifty blue blocker glasses to help boost your sleep quality, then take a peek at our new project over at WildRx.com.

If you’re new to blue blocking glasses, I encourage you to check out our yellow daytime lenses. We’ve got three different styles for now to get you started off with, and they’re pretty snazzy.

One more time, go to wildrx.com, and if you’d like to get a special discount as one of the first people to ever try WildRx blue blocking glasses then please use the code: YOUROCK What did you think of this show with Brock Armstrong? Drop us a note in the comments below! 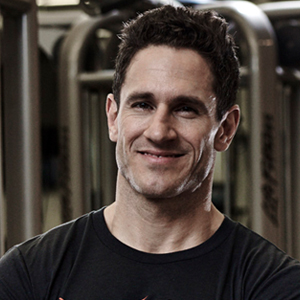 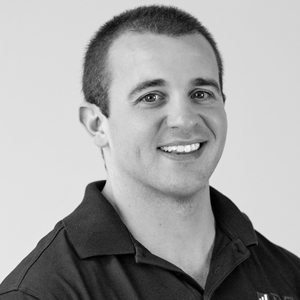 Nick Shaw: How to Pursue Peak Fitness without Losing Your Sanity 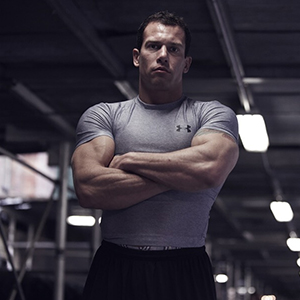 Jay Cardiello: Why The Best Trainers Secretly Want to Be Fired
× 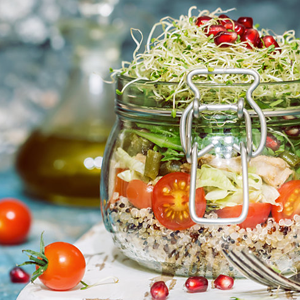 9 Wild Recipes For Packed Lunch On The Go

Whether you're flying, road-tripping, going to school, or just getting ready for work, packing your lunch is for winners.