Are “Toxic” Ingredients Really In Your Favorite Wine, Beer or Liquor?

It’s pretty obvious to most of us that alcoholic beverages aren’t a health drink. But, for many of us who live a healthy lifestyle, an occasional drink is just fine… if you know what’s in your bottle, can, or glass.

An occasional drink is just fine… if you know what’s in your bottle, can, or glass. Find out here: Click To Tweet

The problem is that a lot of times it can be really hard to tell what’s in the bottle.

Unlike our food commodities, not ALL of the alcoholic beverages sold in the U.S. are regulated by the Food and Drug Administration. Instead, some of them fall under the umbrella of the Alcohol and Tobacco Tax and Trade Bureau. This means that they have an entirely different set of rules when it comes to labeling.

You may have seen the shocking viral article by Food Babe about the toxic chemicals in beer – and I’ve been getting a lot of questions about it from readers. The point of the article was to draw attention to this issue, and it does a great job of that, but some of the article’s claims are standing on the foundation of questionable sources and may overreach a bit.

I did a little more digging.

Why? Because there’s a lot of junk science on the internet that seems like legitimate information produced by organizations that have your best interests at heart—but really they are secretly pushing their own agenda.

For example, it is highly speculated that CSPI (cited as a source for the viral article) is endorsed by the prohibitionist movement and has supported laws like the “Just Say No Act” that would effectively decrease alcohol sales altogether. I’d say that might be a conflict of interest when it comes to objective science.

Having said that, the article has sparked an important conversation—so let’s give it a solid backbone.

Who Regulates Labeling of Alcoholic Beverages?

I will say, however, that the people regulating the labeling on your bottle of beer are not the very same people that send out your tax refund. While the Alcohol and Tobacco Tax and Trade Bureau (TTB) is a part of the U.S. Department of Treasury, it has an entirely different job that’s not being done by accountants.

Is the TTB regulating beer, wine, and spirits labeling well? Maybe not. At the very least the beer labeling could be made less confusing.

Beer Labeling for the U.S. Market

What is “beer?” The FDA uses the term “malt beverage,” which includes beer, and here’s how it’s defined:

[2]The term “malt beverage” is defined in the FAA Act (27 U.S.C. 211(a)(7) as a beverage made by the alcoholic fermentation of an infusion or decoction, or combination of both, in potable brewing water, of malted barley with hops… [And it would be simple if it stopped here, but it doesn’t.]

The problem with this definition is that it’s so vague. The problem with its vagueness is that if a product is a “malt beverage” (aka, beer), its labeling doesn’t fall under the stricter standards of the FDA’s jurisdiction, as do beverages made from fermented sorghum instead of malted barley with hops. (The “non-malt” beverages actually do have to list everything, just like a food label.)

Instead, labeling of malt beverages is the responsibility of the TTB—and if you take a look at their labeling guidelines, there’s NOTHING on there that says you have to say what’s in the bottle.

Not even COMMON ALLERGENS have to be listed on beer labels.

That’s important because, contrary to popular belief, not all beer is created equal.

What Common Allergens Are Found in Beer?

Some beers contain lactose, wheat and gluten, corn, food dye, and even peanut ingredients! But they don’t have to be listed, nor is an allergen disclaimer required.

So, essentially, malt beverages are “drink at your own risk,” unless you have the foresight to call the brewery and get a complete ingredients listing.

What Toxic Ingredients Are Allowed In Beer?

A book published by CSPI called “Chemical Additives in Beer” lists a number of toxic ingredients that could be lurking in your brew.

However, some of those I wouldn’t consider “toxic,” simply surprising—like fish bladder or gelatin. As someone who eats animals nose-to-tail, that doesn’t scare me so much, but it would be horrible for a vegan!

And when they say “could be,” it’s kind of a stretch. I couldn’t find one single beer company adding MSG to their beer… but I suppose it “could be” used and not put on the label.

Other “acceptable ingredients in beer” are a little more damaging to your system than gelatin, such as:

And depending on what time of container your beer comes in, you might also be getting BPA leaching into your beer.

Now, I’m not saying all beers contain all of these ingredients, but the tricky part is that they don’t have to tell you on the label. Seems a bit sneaky to me.

Are There Toxins In Wine?

Unfortunately, you’re not totally in the clear when it comes to your heart-healthy glass of red wine, either.

The labeling of wine is also regulated by the TTB—but not quite so many suspect ingredients sneak into your merlot or sauvignon blanc.

According to Naturopathic Nutritionist Frank Cooper, “Chemicals that are permitted by law for use in winemaking include pesticides, herbicides, equipment cleaning chemicals, and sulphite preservatives.”

These nasty chemicals can slip into your wine either during the growing of the grapes or in the production process.

Let’s just assume that any wine not labeled “organic” uses some kind of chemical pesticides and herbicides on their crops, since grapes are generally high-spray.

But the toxin that is most often added in the production process is a preservative called Sulphur Dioxide (Sulphites or Preservative #220). These preservatives are usually not found in vintage wines, because the wine is expected to taste different from year to year and traditional wine-making practices are still observed.

It’s the big label brands that often contain Sulphur Dioxide and/or other flavor enhancers and chemicals because they need to keep their product consistent.

Most people aren’t going to keep buying their favorite $8.00 bottle of wine if it doesn’t taste the same every time they pop a cork—or unscrew a top, or open the box. Plus, that cheap wine needs to stay “good” in a cupboard, on a shelf, in 70 degree weather.

Do you ever feel like cheap wine gives you a headache and a bad hangover, but good (expensive) wine does not? You might want to check for preservatives.

The toxic ingredients in hard liquor, or booze, either come from the grain (or fruit) used in production or from the mixers. If you’re mixing your clean potato vodka with raspberry flavoring and topping it off with fruit juice concentrate, you’re taking a good thing and making it bad.

If you’re a tequila drinker, you’re in luck—you’ve chosen one of the “cleanest” drinks around. That’s because tequila is made from the agave plant, which isn’t GMO nor is it a highly-sprayed crop.

But don’t start your lineup of shots and limes just yet… there are some other options when it comes to spirits or mixed drinks:

If you want to know more about what goes into making the various spirits, check out this article on The Drunk Man’s Guide. That’s going to be the best way for you to understand which booze is made from which grains or fruits so you can avoid potential allergens and/or GMO ingredients. Remember, corn is a huge GMO crop, so go for organic if you’re choosing vodka (yes, a lot of vodka is now made from corn) or whiskey.

The good news is that you can breathe a bit easier when choosing an organic beer, wine, or booze. The TTB has partnered with the USDA in their National Organic Program, which regulates the labeling of organic alcoholic beverages.

These beverages are held to a higher standard. For example:

Going with 100% USDA Organic beer, wine, and spirits is your best option to avoid surprising toxic ingredients when you’re drinking.

Alyson and I don’t drink very often, but when we do drink, we make sure we’re treating our bodies to the best stuff possible.

Here are a few examples of the sorts of alcohol we indulge in from time to time:

If you want to enjoy an 'adult' beverage here are the healthiest, non-toxic options... Click To Tweet

With increased awareness about the alcoholic beverage industry, we are starting to see more “health-conscious” beer, wine, and spirits hitting the market. Just remember to drink responsibly.

If you do overdo it a little (please don’t overdo it a lot), I give you some of my tried and true tips on how to detox after drinking in The Wild Diet—check out “Damage Control Strategies When Drinking” on page 341.

So, now you have a little bit more to go on when considering the toxic ingredients in your cocktail. Cheers!

Natural wines currently make up roughly 1% of the market in the U.S., and that’s expanding quickly. You may even be able to find some at high-end wine shops (although we haven’t had much luck when we’ve tried).

Dry Farm Wines is the first and only club in the world to lab-test and curate low-sugar wines. The bottles cost around $18-25 each. This is relatively inexpensive for a quality wine… especially when you consider the fact that it’s lab tested.

Because these wines are naturally lower in alcohol and statistically sugar/carb free, they are friendly to The Wild Diet, Paleo, Low/Slow Carb, Sugar Free, and even ketogenic nutritional plans.

Dry Farm Wines just opened for new members, and you can get natural, lab-tested wines shipped straight to your front door.

Click here to get a bottle of wine for just a penny with your first order.

What clean, organic, low-sugar alcohol drinks do you indulge in? Drop a comment below to share your favorites with us! 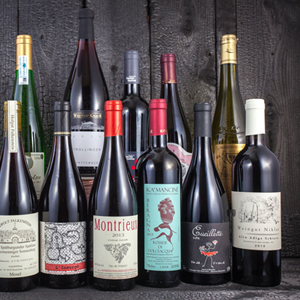 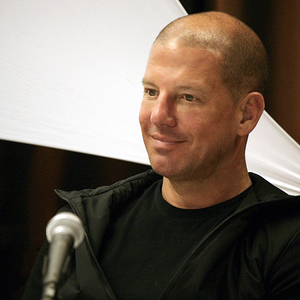 Todd White: How to Drink Without a Hangover, Proper Dosage of Alcohol, & Biohacking Cocktails 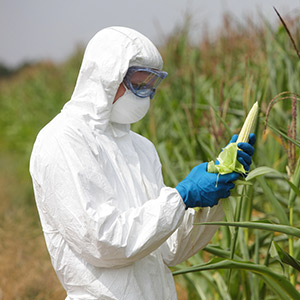 Is This Toxic Pesticide in Your Food? The Truth About BT Corn
× 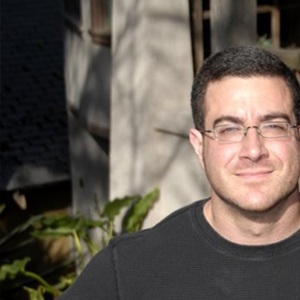 This week we have John Kiefer returning to the show. Brace yourself for this podcast, because Kiefer’s ruffling feathers-- especially in the Paleo community. He’s been trashing Paleo on his blog recently… hold on, you’ll find out why.