Following up on the success of our #1 bestselling Paleo recipe app Caveman Feast, we just launched a new iPhone and iPad app just in time for the holidays called Gluten-Free Desserts.

But the good news doesn’t stop there. The moment we launched Caveman Feast on the iPhone and iPad, we received a flood of messages from readers calling for an Android version. And we listened. For the first time ever, we’re bringing Caveman Feast to Android!

If you’d like to hear more about some of the new features we’ve been secretly working on, read on… 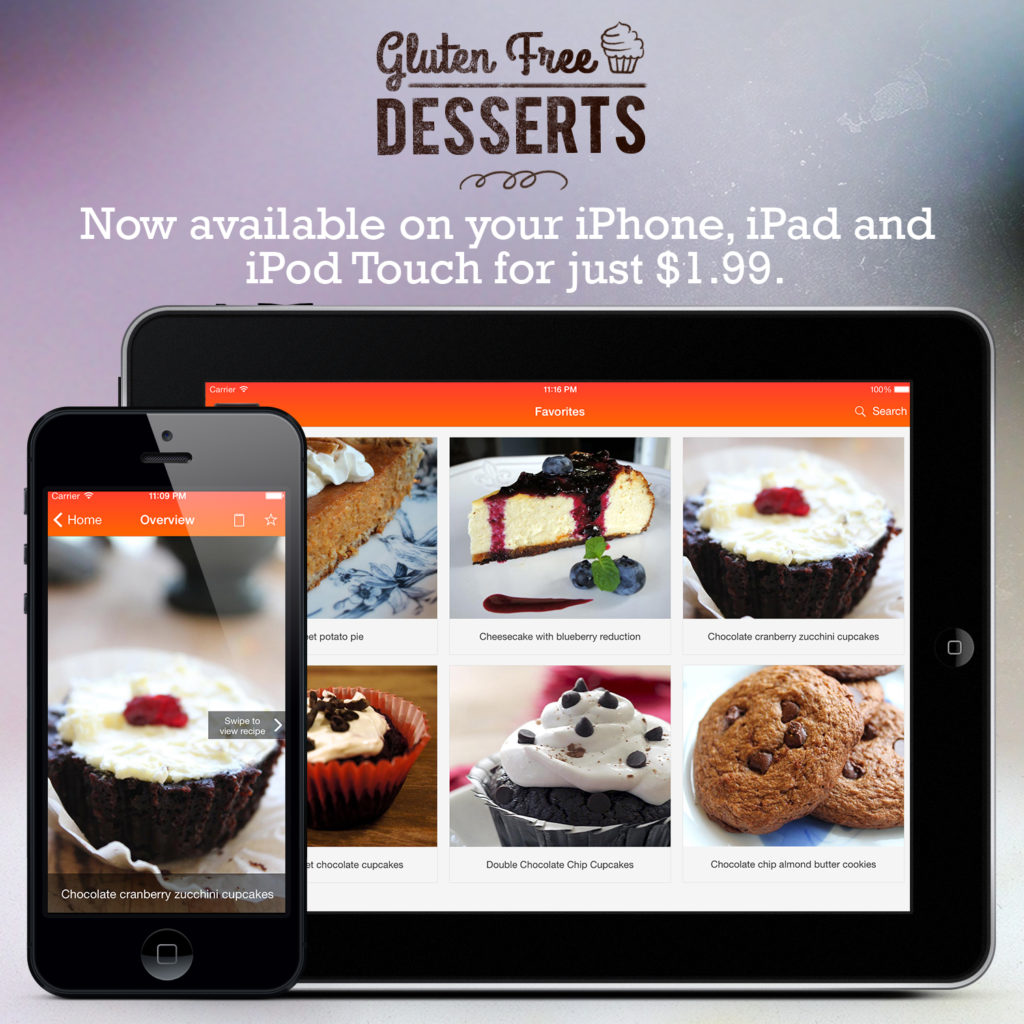 From holiday favorites like pumpkin pie and apple pie (with bacon!!!), to chocolate zucchini cupcakes and rum balls – we’ve rounded up our healthiest and most irresistible dessert recipes.

The recipes in Gluten-Free Desserts come straight from the Fat-Burning Man’s kitchen (from my lovely girlfriend, Alyson, who you may remember from her appearance on the FBM show).

When Alyson went gluten free, she immediately felt healthier and more energetic. Her skin cleared up, she slimmed down, and she even found that her mood improved.

But she couldn’t live without gooey chocolate chip cookies, rich pies, and decadent cupcakes. She missed her desserts!

So Alyson got to work, experimenting in the kitchen with treats made from wholesome, gluten-free and real food ingredients. Her friends and family fell in love with her creations and it wasn’t long before they begged for her to share her recipes.

Now they are available for you!  Take a look at the app in action in our video preview below.

Gluten-Free Desserts follows the same winning formula of our bestselling app Caveman Feast – it’s beautiful, simple to use, and you can easily share recipes with family and friends.

You asked us for the ability to add notes. Now you can tap the notepad icon on the top right of a recipe and scribble your heart out.

You can now grab Gluten Free Desserts for just $1.99. 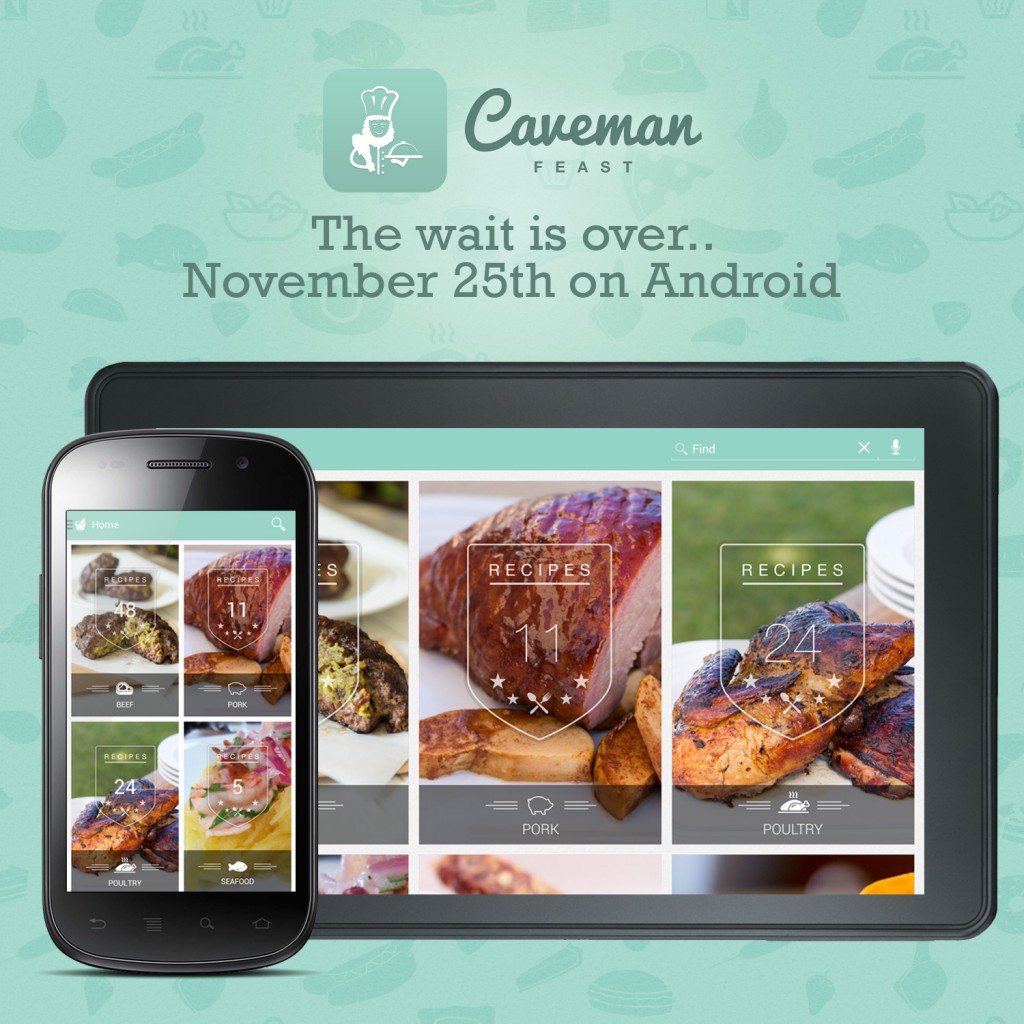 When we launched Caveman Feast on the iPhone and iPad, we received a flood of messages from readers calling for an Android version. It was time to double down and get to work on creating something spectacular for our Android readers and listeners.

Our Caveman Feast app with 200+ delicious Paleo recipes from the kitchen of George Bryant of Civilized Caveman is now available to Android users for just $2.99.

This is our first Android app – we had a steep learning curve – but we’ve managed to code in our stunning and easy to use interface along with new features and improvements such as the ability to add notes to recipes.

We’re excited to make a splash with Paleo in the Android marketplace so please help us by downloading the app and leaving us a review. Thank you so much for your support! 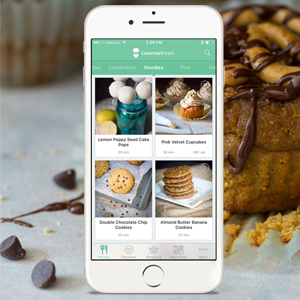 One Cooking App To Rule Them All: Announcing Caveman Feast 3.0 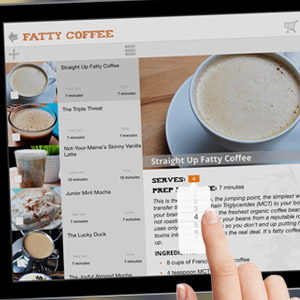 Gray Graham: Pottenger’s Prophecy, Epigenetics and Why Being 100% Paleo Might Be Hurting You

What if you could completely change the way your genes are expressed, without using any crazy sci-fi, new-agey machines or drugs? Gray Graham is here to explain how you can make that happen. Gray is the lead author of “Pottenger’s Prophecy” and expert in epigenetics. If you’re not familiar with the term epigenetics quite yet, don’t […] 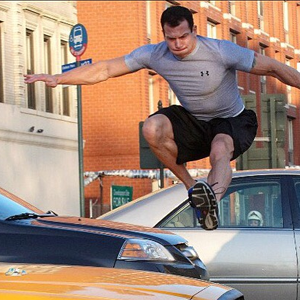 Jay Cardiello: What A-List Celebrities Do When They Need To Drop 30 Pounds