Today’s episode is with my good buddy, Jonathan Bailor, author of the international best-selling book The Calorie Myth.

This week marks The Fat-Burning Man Show’s 100th episode! You might not be aware that iTunes only posts my most recent 40 shows, but all of my shows will always be available on this website for free.

If you want to listen to past shows with Tim Ferriss, Robb Wolf, Mark Sisson, Dr. William Davis and many more, click on the tab above “Listen to the Show“.

In the spirit of this being the very first show of the new year, let’s tie 2013 up in a nice little bow.

Sweet. Onto the show with Jonathan.

On this week’s show, you’ll learn:

Resources mentioned on the show:

I want to hear from you: From the past 100 shows, who has been your favorite guest? Let me know in the comments below and I’ll get ’em back on.

Jonathan Bailor: Why Calories Don't Matter, How Chocolate = Huge Muscles, and Why You Should Eat More and Exercise Less

Does eating on the run make you fat? 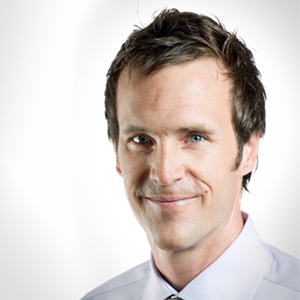 This week's guest is a fellow podcaster, myth-buster, and wellness warrior, Chris Kresser. Chris runs his incredibly popular blog by the same name, and is also the author of the brand spankin' new book "Your Personal Paleo Code".